To help game developers build the battle system of their dreams, I've developed the Grid Battle Engine, which is a suite of plugins that allow you to add new mechanics to your game.

And then you add grid battle on top, to turn it into this!

It’s basically the default battle system that you’re familiar with, except we add a couple things to it

So what’s so special about grid battle? Isn’t it just changing where the sprites appear?

The grid battle engine itself allows you to create and manage grids. You can then install add-on plugins that will provide additional mechanics depending on what kind of battle system you want to make.

With the grid battle engine, you can add a lot of new functionality to your battle system without having to change the rest of your game. You can also use different types of battle systems in the same game, for example if you wanted to create some mini-game arena challenges, or have a map-based battle for certain parts of the game.

The possibilities are endless.

For full details, see the official page on my website

Additional plugins can be created to achieve certain mechanics that you want to have. Maybe you want a real-time battle system where players can move characters around the grid with WASD or direction gamepad input.

Maybe you want to allow players to swipe on the grid to draw shapes that will be used as commands for attacks.

If there are ideas that you feel would be interesting for battle mechanics, feel free to leave a comment and maybe a plugin will be developed!

Currently, this is developed for RPGMaker MV, with plans to support RPG Maker MZ when the engine is released. If there is a lot of interest for other engines, contact me and we can discuss.

This plugin suite is currently in development. Work began on July 27, 2020, so it's quite new. You can follow the dev logs for updates. I also post a lot of random updates on Twitter while I'm building individual plugins, so if that's something you're interested in, feel free to follow me on Twitter: https://twitter.com/HimeWorks

Early-access testing is available for Patrons. If you're interested in supporting my work, feel free to become a patron today: http://patreon.com/himeworks. I will be thinking of other things that I can offer to patrons.

Independent game developer that enjoys building tools that allow other game developers to achieve the game of their dreams. All code is designed and developed by me. 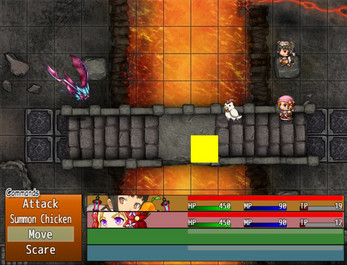 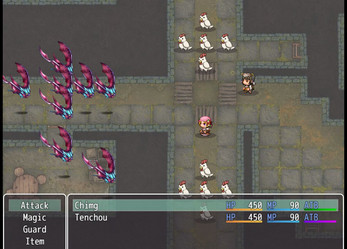