Take a look at the following grid configuration: 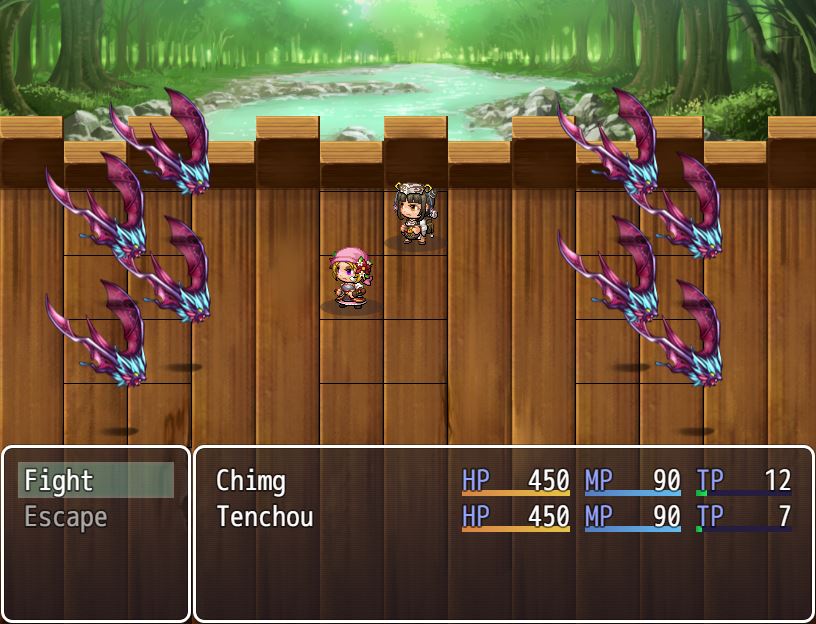 We have three grids

Now, the reason why we have grids is so that we can have a way to describe the "position" of a battler on the battlefield. The position is described based on its row and column on the grid.

Two actors, for example, are said to be one tile apart if they are one row or one column apart on the grid.
However, what happens if they're on two different grids? What is the distance between two tiles then?

If you look at the screenshot, you can say "Well, the right-most column on the left grid looks like it's 3 tiles away from the left-most column on the center grid", but that's not distance, that's just a screen offset. It's purely cosmetic and there's no explicit relationship between where a sprite is drawn on the screen, and their distance between them.

Indeed, you could put two grids far apart, and they would still be considered 1 tile apart.

What if we could connect grids?

So the idea I had was to explicitly connect grids together, so that you can then define distance between them. I spent some time on Twitter playing around with these grids 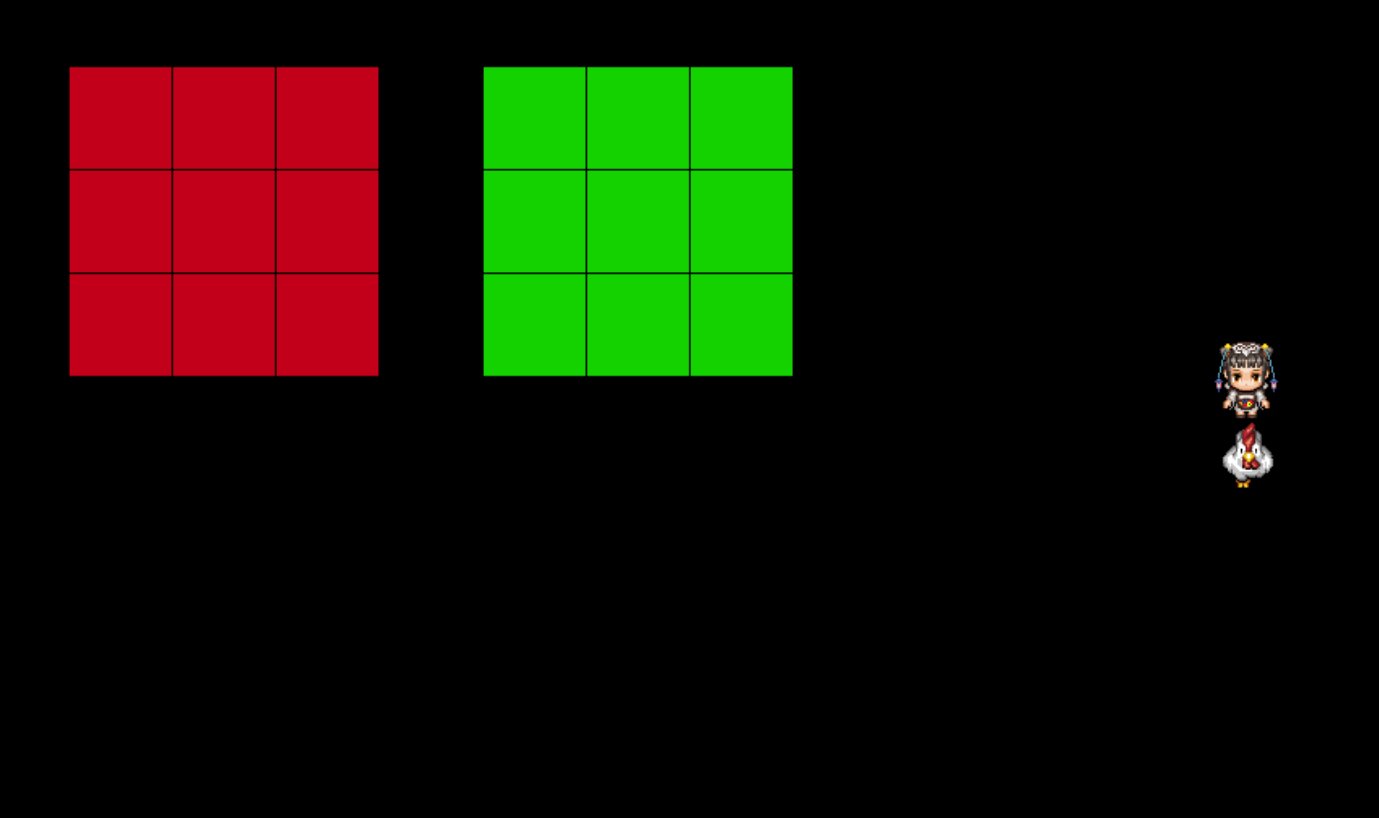 In particular, I was interested in how grids could be joined horizontally and vertically. If we were to join two 3x3 grids into one massive grid, how would the resulting grid look?

Here's the results: for each direction "left", "right", "up", and "down", we take the green grid and join it to the red grid. 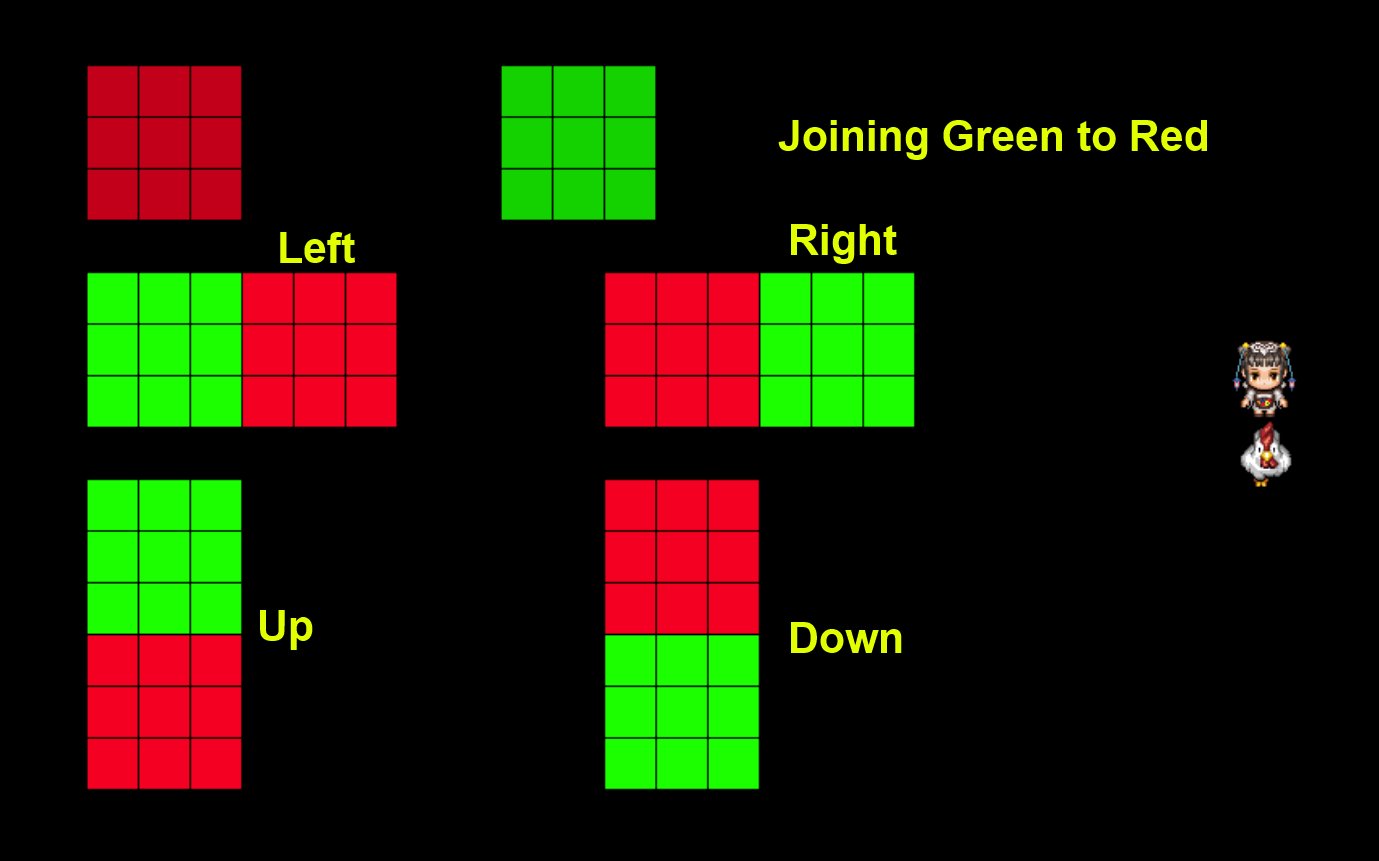 Now, with our "joined" grid, we can now describe the distance between two tiles on different grids. You could define row/column offsets as well in the connection, such as this 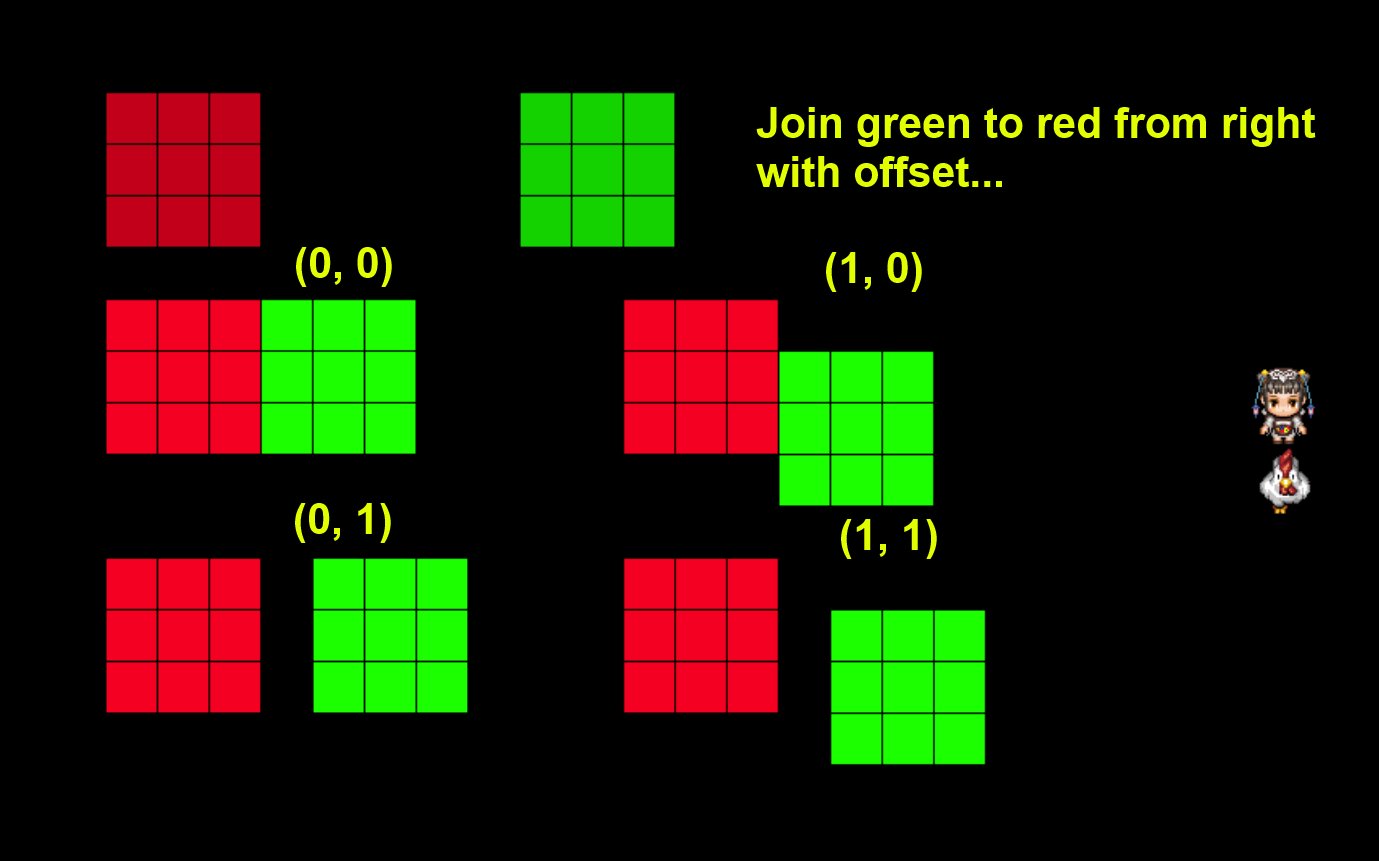 So if you join the green grid to the red grid from the right with no offset, it just gets joined on the right. However, if you decide to offset it by 1 row, that means the green grid will be shifted down one row. And if you offset it by 1 column, it will be shifted to the right by one column. We can basically achieve some pretty weird grid connections by combining a direction and an offset.

In fact, if you wanted them to be physically connected, just create a bigger grid and put them both on the same grid; there's no need to go through all this trouble of creating separate grids and then joining them together (although that's a valid use case for certain types of grids, it's not the way battle grids are intended to be done)

I call this connected grid a "virtual" grid. It's only connected by logic. 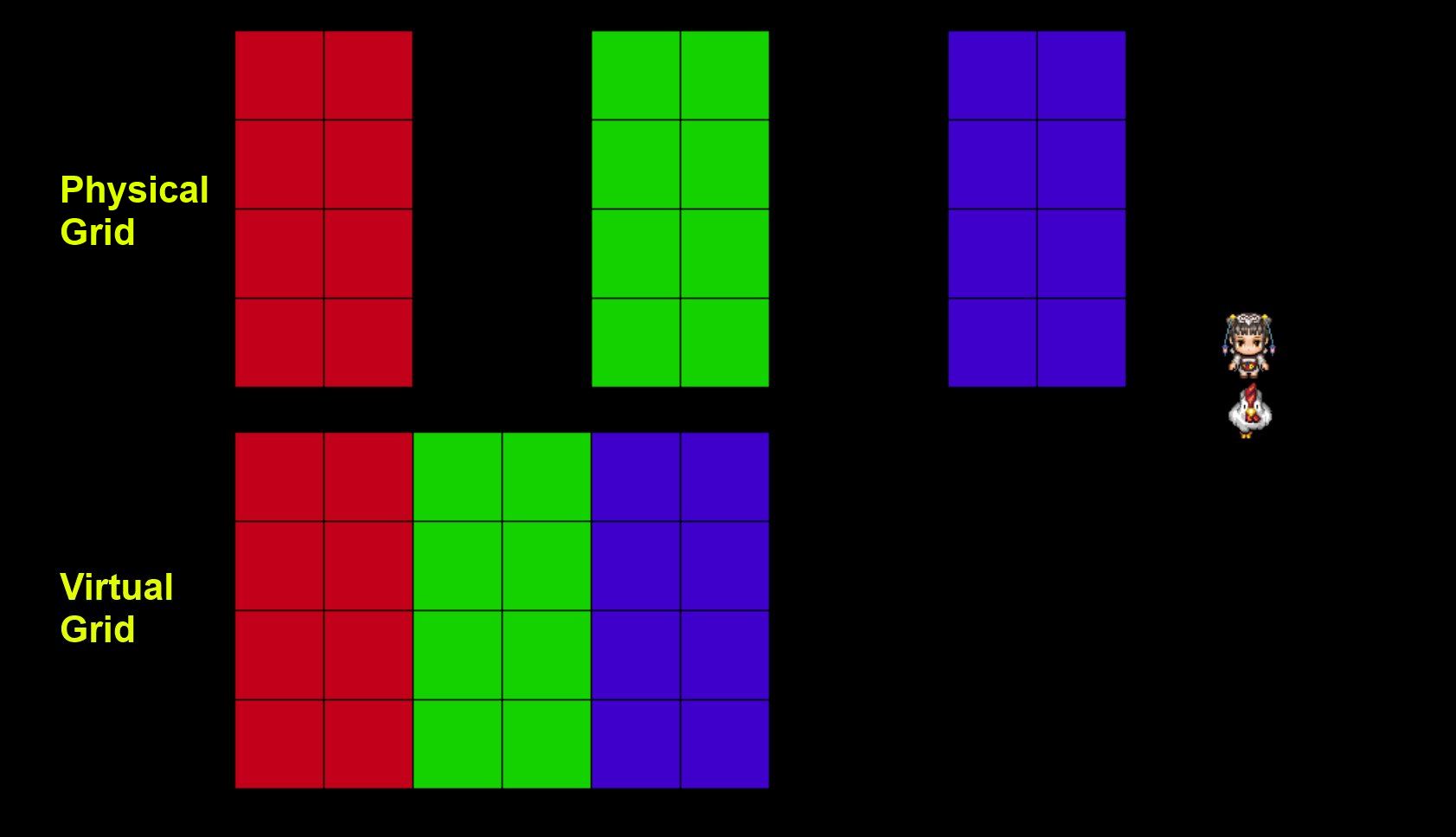 We start with our three physical grids. Then we define two connections:

I don't support joining to virtual grids in the config (because they don't exist at that point), so if you wanted to join three grids together, you would have to find a common grid between them and join them that way. Maybe this will be improved in the future, but for now this is how grid connections will work.

Virtual grids are incredibly convenient, and allow us to define the relationship between different grids, which will allow us to implement mechanics that require us to calculate information such as distance and position on different grids which normally wouldn't be possible given two physical grids just floating around on the screen.

Hime, your stuff has always impressed me.  I really like this Grid Battle System, it gives the game an SRPG feel and opens many doors.  Thank you for your ideas and implementation.  I look forward to using this in the future!!!!

Wow. No i am serious wow!

Grids are quite wow indeed